The line of the most westerly stretch of the Roman Wall winds its way through a land that evokes lives long-since lived and stories waiting to be told at every mile. A trip to Cumbria’s coast isn’t complete without a visit to the Senhouse Roman Museum in Maryport. Inhale that fresh sea air and imagine life as a Roman soldier, defending the fort and town that lay along the coastal ridge behind Maryport itself. John Senhouse, a 16th century Lord of the Manor is the man who began the Senhouse collection, retrieving inscribed Roman stones and having them inlaid in the walls of his family mansion to keep up with fashions of the time. Since then the museum has expanded to include a vast number of curiosity-arousing Roman objects.

Bowness-on-Solway is another highlight in this area and, for a village of fewer than 100 houses, this diminutive dwelling boasts an impressive array of accommodation. Enchanting B&Bs with sweeping sea views, youth hostel-style dwellings, upmarket camping experiences and reasonably priced guesthouses are all open for business… be sure to ask about Edward I while you’re there.

The Solway coast is a breathtaking Area of Outstanding Natural Beauty that straddles the border and acts as a meeting point for cultures and histories. Those who open their doors to visitors in this area are well-prepared and they know their guests’ needs well. You can find accommodation here that welcomes dogs, packs you a delicious lunch and sets you off on a day’s walking fuelled by a full farmhouse breakfast (Scottish or English!) Whatever accommodation you select, whether it’s a Norwegian-style lodge complete with hot tub or a traditional country cottage with impossibly low ceilings, you’re guaranteed a wonderful trip.

The compact (and walkable) historic city of Carlisle and its surrounding areas provide a good focal point from which to explore North Cumbria’s varied Roman offering. Competitively priced Victorian B&Bs, 18th century converted barns, homely family-run hotels and former coaching houses are all fabulous options. If you’re staying close to the city, be sure to pay a visit to Tullie House Museum where history, nature and art are all celebrated with passion and insight. As you might expect, the museum has a space dedicated to the endeavours of Hadrian and his army – The Roman Frontier Gallery, which provides a contemporary perspective on the story of the Roman frontier and of life in Roman Carlisle through a series of intriguing objects, many on loan from the British Museum. Another stand-out local attraction is Lanercost Priory. You’ll find this 12th century Augustinian monastery (like many in the area built using stone pilfered from the Wall) in a serene and enchanting natural setting just outside Brampton.  Further east is Birdoswald Roman fort, which boasts one of the best preserved and longest stretches of Hadrian’s Wall. Alongside it is a delightful picnic spot and the remains of the former Roman bridge across the Irthing river.

A great array of self-catering accommodation is to be found in the vicinity including gorgeous holiday cottages with hot tubs and log burning stoves. If sleeping under the stars appeals, the area boasts friendly camp and caravanning sites, and even the chance to glamp it up and stay in a wigwam. For those as interested in fell walking as they are in exploring the Wall itself, there are accommodation choices aplenty. Country house hotels and converted hill farms near Brampton provide brilliant bases for bird watching, cycling trips and some serious rambling. Whatever you’re looking for and whoever you’re travelling with North Cumbria’s got it covered. 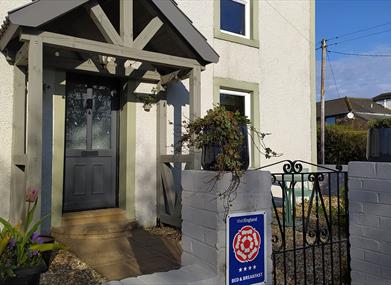 A warm welcome awaits you at Midtown Farm Bed and Breakfast. A quiet rural property, ideally placed on the Solway Coast AONB,within easy...
View more on the Go Lakes website

Set in a beautiful private nature reserve around a stream fed lake teeming with wildlife; The Tranquil Otter is an ideal place for a...
View more on the Go Lakes website 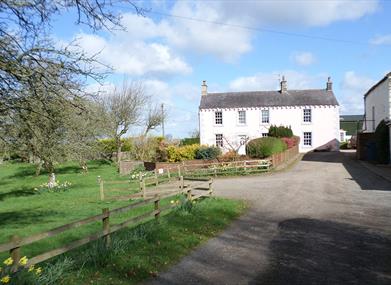 Brian and Sheila welcome you to their Georgian farmhouse dated 1635 -1751 standing 50 yards from the road with garden and orchard....
View more on the Go Lakes website 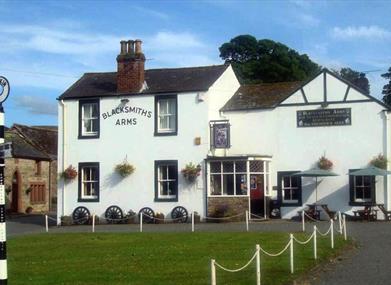 A traditional English country inn located on the village green of Talkin. Log fire in the lounge, 4 local cask ales and meals served...
View more on the Go Lakes website 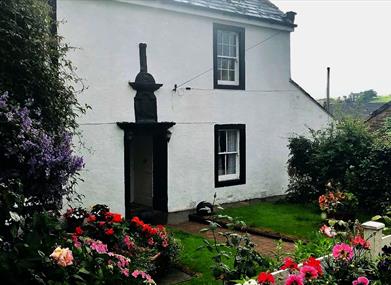 Stone House Farm is a friendly family-run B&B in a large modernised Georgian farmhouse situated in the centre of St. Bees village....
View more on the Go Lakes website 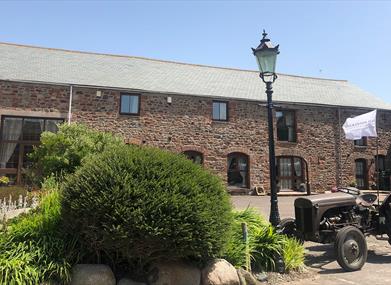 Situated in the centre of Allonby that nestles in a sandy bay on the unspoilt Solway Coast. Our beautifully converted 17thC barn cottages...
View more on the Go Lakes website 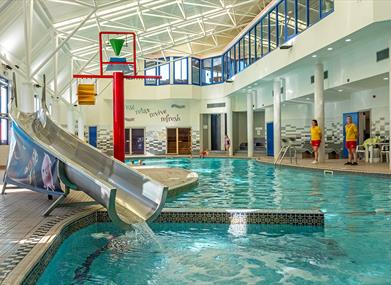 Armidale Cottages B&B is set in half an acre of land with a small orchard. Built in the 16 C the cottages have been lovingly renovated...
View more on the Go Lakes website 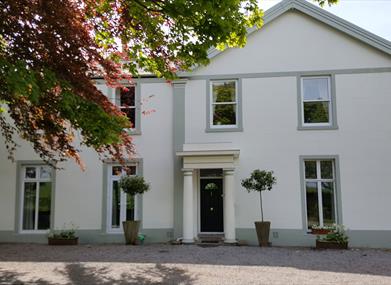 A charming Georgian-style guest house build in 1770 and with its own unique history and character set in enchanting walled gardens,...
View more on the Go Lakes website 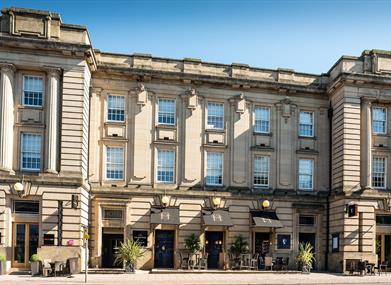 The Halston is a luxury Aparthotel situated in the heart of Carlisle, with many aspects The Halston really is something unique. From...
View more on the Go Lakes website